Diseases of the joints

Diseases of the joints

Causes, mechanism of development of the disease
At the heart of inflammatory diseases of the joints is an inflammatory reaction that develops in the joint and its surrounding tissues.
Metabolic diseases are based on a variety of metabolic (metabolic) disorders. As a result of such shifts, the biochemical reactions occurring in the tissues of the joints change. As a result, the cartilaginous tissue of the joint loses moisture and its elasticity (degenerates), is destroyed in places, various salts are deposited in it. All this changes the surface of the joints and the structure of the cartilage. Thus, the most common joint disease, osteoarthritis, is formed. Gout, chondrocalcinosis and some other arthropathies are much less common. Osteoarthritis is a degenerative joint disease that has several names. Sometimes it is called deforming arthrosis, osteoarthritis, and among the people, osteoarthritis is called simply “arthrosis” or “salt deposition”. 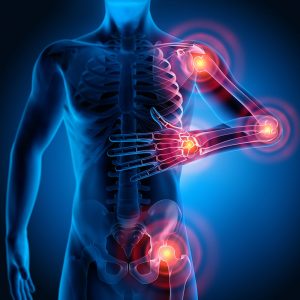 In addition to metabolic disorders (metabolism in the tissues of the joint), traumas suffered, including dislocations and subluxations of the joints, play an important role in the development of osteoarthritis, and in addition, a heavy and uneven load on the joints. Such a load on the joints can be associated with sports activities, work habits, obesity, and body defects. Osteoarthritis develops gradually and, in the initial stages, practically does not bother. But, as the lesions progress, the joints begin to ache. At first, the pain is intermittent and occurs with increased stress. Then the painful sensations become more intense and sometimes even occur at rest. Over time, pain can become constant and severe, limiting the movement of the joint. The joint itself can be deformed even externally. Usually, osteoarthritis begins to manifest itself after 40 years, and at the age of 55 to 65 years it is a massive disease. In the last 10-15 years, this disease occurs at a younger age. Heredity and an altered lifestyle play a significant role in this.

What are the most common joint diseases?
arthrosis of the knee joint (gonarthrosis)
shoulder arthrosis
arthrosis of the hip joint (coxarthrosis) or interdigital joints of the hand or foot
polyosteoarthritis (Often, one patient has a lesion of several joints at once)
periarthritis (In addition to the pathology of the joints themselves, diseases of the tissues surrounding the joint are quite common). Very often these diseases are associated with occupational and sports overload of the joints and, as a rule, are accompanied by pain in the area of ​​the joint or around it. This pain usually gets worse with movement.
Tenosynovitis is an inflammation of the tendons and sheaths of the tendons, in which they pass, like in canals. Tendons in the wrist and ankle joints are most commonly affected.
From the tendon, the inflammatory process can move to the following periarticular structures:
myotendinitis (inflammation affects muscles, then it develops – inflammation of muscles and tendons)
ligamentitis (if – if ligaments are involved in the inflammatory process)
bursitis (if periarticular bags are affected).
Particular examples of inflammation of the periarticular structures are:

1. “Shoulder-hand syndrome.” This disease is very often called shoulder-scapular periarthrosis. Most often, shoulder-scapular periarthritis begins after hypothermia or a previous cold. It occurs, as a rule, against the background of cervicothoracic osteochondrosis. In the area of ​​the shoulder joint, pain occurs, which gradually spreads along the arm, radiates to the neck, scapula, and a headache appears. Due to the pronounced pain syndrome, there is a restriction of free movements in the shoulder joint. Over time, in the absence of adequate treatment, permanent changes in the shoulder joint and hand, accompanied by dysfunction, may develop. 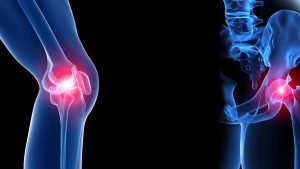 2. “Carpal tunnel syndrome” https://en.wikipedia.org/wiki/Carpal_tunnel_syndrome – inflammation that affects the tendons, flexors of the fingers, damage to the median nerve. It occurs when there is a lot of stress on the joints of the hand.

3. “Tennis elbow” – or external epicondylitis of the shoulder (damage to the tendon attached to the outer part of the ulna). The disease threatens not only tennis players, it can also occur in people who make frequent movements, regularly repetitive movements in the elbow joint. “Tennis elbow” is often found among bricklayers, carpenters, massage therapists, painters and representatives of professions that require heavy physical effort. For the disease, pain is typical when the arm is extended, arising in the area of ​​the outer surface of the elbow, and radiating both up the shoulder and down.

3. Epitrochleitis . Unlike Tennis Elbow, this disease develops not external, but internal epicondylitis of the shoulder. The disease occurs mainly in seamstresses and typists.

4. “De Quervain’s disease” – tendovaginitis of the tendons of the thumb, found in pianists, seamstresses, and such hard physical workers as miners, movers, bricklayers and locksmiths.