The disease ranks third after hemorrhoids and colitis, accounting for 11-15% in the structure of proctological diseases. Women are affected about twice as often as men. The disease occurs at any age, but more than a third of patients are of working age. 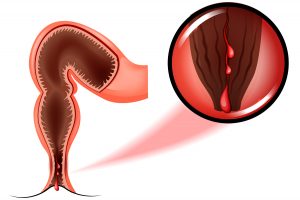 In the pathogenesis, the leading is the neuro-reflex theory, according to which there is a spasm of the sphincter due to severe pain syndrome, which leads to tissue ischemia and prevents the healing of the crack.

Treatment
The duration of the disease is not decisive in the choice of the method of treatment. Treatment of acute cracks is conservative. It has been proven that well-chosen treatment leads to recovery in about 70% of patients. The primary tasks of conservative treatment are: relieving pain, sphincter spasm, eliminating constipation, observing the rules of personal hygiene, using drugs that promote crack healing. Currently, many patented suppositories are produced that patients can use in the future on their own, determining the most suitable ones. After stool, before the introduction of the candle, take a warm (36-38 C) sitz bath. The same manipulation is performed at night. No antibiotics should be prescribed.

At the time of treatment, a predominantly vegetable and fermented milk diet is prescribed, with the exception of spicy, salty foods, seasonings, and alcohol. Boiled beets, carrots, wheat bran, prunes, etc. well regulate intestinal function https://en.wikipedia.org/wiki/Intestinal_permeability.
Healing of an acute fissure is somewhat individual and occurs within a few weeks.
Surgical treatment is used for chronic fissures, when the fissure actually turns into an ulcer with dense scar edges and sentinel tubercles.